Created in 2020, the SONNA ETIENNE Foundation, is no other than the continuation of the SONNA ETIENNE legacy; something he started in the late 1980 within his community and today revived by her daughter Annie Sonna. The SONNA ETIENNE legacy revolve around education, empowerment, and community development. And in light of the many disaster that the world has been facing in the last ten years, his children failed strong to also support the disaster relief as it often can stand in the way of many core initiatives.

The big mystery in people’ mind is why now and not ten or fifteen years ago.

From her daughter Annie Sonna, the fire has always been inside her and the moment was never right to press the start button. But what change that status is her story below. She visited her native village in the Menoua Division, Cameroon, in November 2018 following her nephew’s death. She took the opportunity to check the work her father started in his community and left heartbroken to see that most of the projects he left unfinished, remained at standstill 25 years later.

Coming back to the United States of America thereafter, she went through a difficult 2019 year. Deep in her heart, it was like her father’s dry bone dreams were screaming to be completed. Thereafter, she went to church and her Pastor preached about dreams not stopping when we hit the roadblocks of life, and brought forth the analogy of Joseph’s dreams continuing year after his death when the people of Moses carried his remains out of Egypt into the promised land. There, she knew it was her duty to finish her father’s dream NOW just as the people of Israel completed Joseph’s dream. Overnight, nothing else mattered more than getting this off the ground. She took a couple of weeks off work to lay down the foundation and the work needed to press the start button.

Because of social class, some families are left to their own devices for lack of resources; Genius are lost before even be discovered. Healthcare, to many remain a luxury out of reach, often leaving them at the mercy of luck and along the way many casualties are recorded. These all can be avoided and that is why the Sonna Etienne Foundation was conceptualized; to value the human being at all levels. This is the overwhelming frustration Sonna Etienne felt and lived his short life trying to impact. His children by the creation of this foundation looks to turn his passion into action and, decades later, see themselves operating in several countries, through an expanded community of collaborators, partners and trustees.

Sonna Etienne was courageous in his ambitions, bold in his ideas and frank in his beliefs and ethics, which are characteristics you will often see exhibited within this foundation. This selfless love may have started over 40 years ago with our inspirator Sonna Etienne, but it is over a zoom meeting amidst a world pandemic that the Sonna Children gathered a few months ago to officially launch the foundation over what was then called family meeting, but actually marked our very first Board meeting. 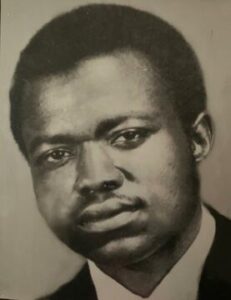 Find out more about our Founder, artist and conservationist Sonna Etienn – his life and work.
Read More

Meet the members of the family who are continuing Sonna’s legacy and the vital roles they play today.
Read More 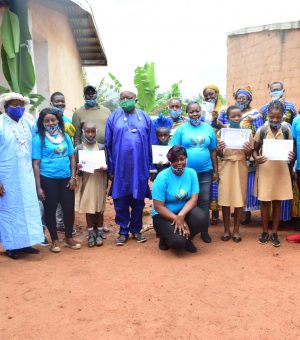 Our Board of Trustees play a vital role in the running of SEF, bringing a wealth of experience and expertise.
Read More

Our Partners play a vital role in the running of SEF, bringing a wealth of experience and expertise.